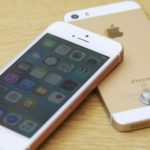 Apple officially announced their upcoming event on 21st March 2016. A smaller iPhone – Apple iPhone SE will be launched during the event. iPhone SE looks like iPhone 5 and will have specifications similar to iPhone 6 and 6s range. From the latest reports, the event also showcases the latest iPad air and Apple watch. […]