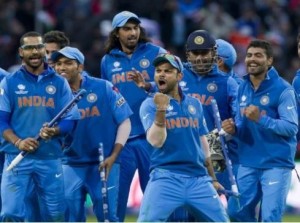 The most awaited Indian team for the upcoming ICC T20 World Cup 2016 is out now. MS Dhoni will lead the side once again. Yuvraj Singh is back in action. Virat Kohli will be the vice Captain. You can check out full India squad for T20 World cup 2016 below. The tournament starts from 8th March to 3rd April 2016. India will host the tournament.

The finals will take place at Eden Gardens, Kolkata on 3rd April 2016. India has got a winning squad this year and in great confidence after beating Australia in T20 matches last week. The team is selcted on the basis of last games performance. Let’s check out more on Indian team for T20 World cup 2016 below.

BCCI officially announced the India Squad for 2016 T20 world cup and Asia Cup on 5th February 2016. Check out the players names below.

Total teams: 16 teams will participate in the tournament