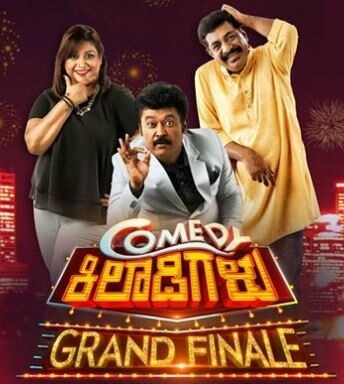 After a tight competition top 10 contestants have reached the grand finale stage. The contestants were selected to the show after auditions in the state of Karnataka. All the contestants of the show are highly talented and the show has got huge number of fans now. There were no age restrictions for the Comedy Khiladigalu show. Aneesh, Divyashree, Govinde Gowda, Hithesh, Lokesh, Muthu Raju, Nayana, Praveen, Sanju Basayya and Shivaraj are the ten contestants competing in the finals for the Comedy Khiladigalu title. We can see some amazing comedy performances from these finalists on Sunday. The audience can vote for their favorite contestants through SMS. Actor Jaggesh, Director Yograj Bhat and Actress Rakshita Prem are the three permanent judges of Comedy Khiladigalu. Check out the winner/result, and more details about the grand finale below.