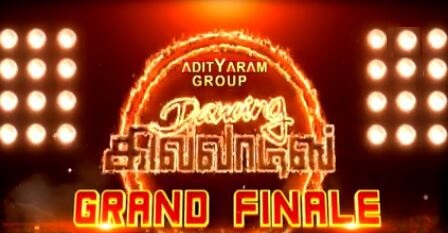 Dancing Khilladies started telecast from 18 February 2017 on every Saturdays at 8.30 PM. Dance Jodi Dance was the previous dancing reality show of Zee Tamil channel which was also very popular. Jeevan and Misha were the winners of Dance Jodi Dance. These kinds of reality shows are very helpful in finding the best dancers and make a turning point in their dancing career. Actress Sneha, Ambika and dancer Sudha Chandran are the judges of Dancing Khilladies. Popular anchor Deepak Dinkar is the host of the show . Deepak was also the host of reality shows Mr & Mrs Khiladies and Dance Jodi Dance.

Various mind blowing performances were presented by finalists of Dancing Killadies. The contestants have put their maximum efforts at the finals to impress the judges and audience. Some of the celebrities have also appeared at the grand finale as special guests. Viewers can watch the complete episodes and the grand finale at ozee.com website. Everyone is now eagerly waiting to see who will win the title of Dancing Khilladis. Check out winners and more details of Dancing Khilladis Grand finale below.