The most popular Hindi kids dance reality show Super Dancer has reached the grand finals. Ditya Bhande has been declared as the title winner of Super Dancer. The Grand Finale/Super Finale of Super Dancer 2016 will be aired on Sony Entertainment Television on Saturday, 17th December 2016. The finale episode of Super Dancer will start at 8.00PM.

There were 12 super participants in the Super Dancer and after 9 rounds of elimination top 5 contestants have reached the super finale. Dipali Borkar, Ditya Sagar Bhande, Laxman Kumbhar, Masoom Narzary and Yogesh Sharma are the top 5 finalists of Super Dancer 2016 Super Finale. Shilpa Shetty, Geeta Kapoor and Anurag Basu are the three permanent judges of Sony TV Super Dancer reality show. Rithvik Dhanjani and Paritosh Tripathi is the host of the show. Shilpa Shetty has stunned the audience with a mind blowing performance at the finals. Shradha Kapoor and Aditya Roy Kapur were the special guest of the finale.

Super Dancer started the first episode on September 10th 2016. The show finds and honors the best dance talents aged between 4 and 13 years. This is the first season of the show and has become one of the best rated TV shows. Check out the winners/results and more details of Super Dancer Grand finale below. 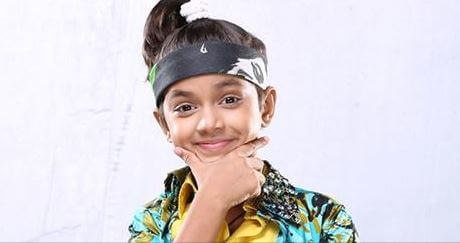 Here are the top 5 contestants competing in the finals

Date
The grand finale of super dancer will be aired on 17th December 2016 (Sunday).

Time
The super dancer super finale episode will start at 8.00 PM on Saturday

Rithvik Dhanjani and Paritosh Tripathi are the host of the show.